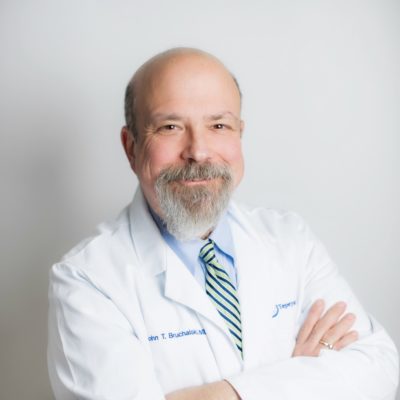 Dr. Bruchalski earned his medical degree from the University of South Alabama College of Medicine in 1987. He completed his OB/GYN residency at Eastern Virginia Medical Center and the Jones Institute for Reproductive Medicine in Norfolk, Virginia in 1991. He received board certification in 1993.

During his residency, Dr. Bruchalski performed abortions out of a desire to help women, but realized abortion was not achieving the freedom, health, and happiness they sought. Dr. Bruchalski returned to the Catholic faith and felt God’s call to start a medical specialty practice that truly helped women.  In 1994, Dr. Bruchalski founded Tepeyac in Fairfax, VA, committed to serving all women regardless of their beliefs, background, or financial situation.

In 2000, he founded Divine Mercy Care that raises funds to cover the cost of prenatal care for approximately 30% of Tepeyac’s pregnant patients who are in financial need. Dr. Cvetkovich earned her medical degree from University of Kansas in 1978 and completed her OB/GYN residency in 1981 at St. Luke’s Hospital, Kansas City, Missouri. Board certified in 1983, she completed a fellowship in Reproductive Medicine and Natural Family Planning (NFP) from The Pope Paul VI Institute in Omaha, Nebraska and worked there from 1980-1992. She is a NaProTECHNOLOGY medical consultant. She is also a member of The Reproductive Health Research Institute (RHRI).

Dr. Cvetkovich joined Tepeyac in 2008. She has a special interest in Natural Family Planning. Her expertise also includes surgical treatment of endometriosis and gynecological problems and has worked in the National Catholic Bioethics Center teaching medical ethics. 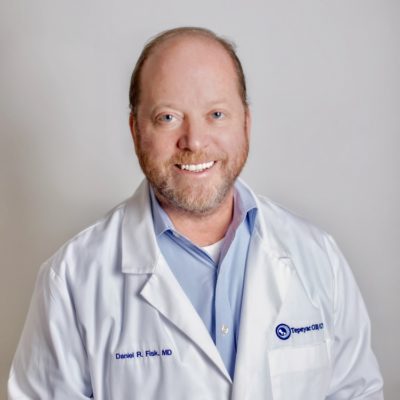 Dr. Fisk earned his medical degree from Northwestern University in 1989. He completed his OB/GYN residency at Fitzsimons Army Medical Center in Denver, Colorado in 1993 and was board certified in 1995.

Dr. Fisk served 11 years in the US Army completing his service as Major. From 1994-1996, he was Chief of Service at Irwin Army Community Hospital. From 1996-2000, he was on the teaching faculty at Walter Reed Army Medical Center.

Dr. Fisk joined Tepeyac in 2003 because of his admiration for the focus on caring for all patients, even those in need. While at Tepeyac, he was the Chairman of the Dept. of Obstetrics and Gynecology at INOVA Fair Oaks Hospital from 2010-2012. Dr. Pereira earned her medical degree from Madurai Kamaraj University located in Madurai, Tamil Nadu, India.  She completed her residency at the Armed Forces Medical College in Pune, India and also at Long Island College Hospital in Brooklyn, New York in June 2007.  Dr. Pereira joined Tepeyac in 2008 and is in charge of medical student rotations. She earned the Fellow in the American College of Obstetrics and Gynecology in 2010.

Dr. Pereira is the secretary of the Northern Virginia chapter of the Catholic Medical Association. 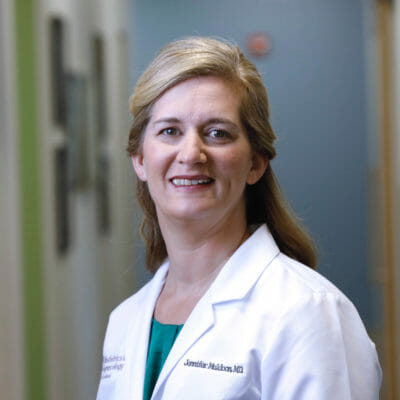 Dr. Muldoon initially worked with Tepeyac from 2007-2013. After taking a few months off when her second child was born, her family’s life and work took them around the US, including service back to the military community, several years in high-risk OB in the Pacific Northwest, and some time in the Midwest. She is grateful to return to Tepeyac, where she looks forward to serving the community and be a part of excellent, life-honoring, and holistic patient care, with a focus on high-risk obstetrics and Lifestyle Medicine. Kim Terhune has been a nurse for over 35 years. She earned her AS in nursing in 1999 from Brunswick College in Brunswick, Georgia. In 2001, she obtained her BSN from Old Dominion University in Norfolk, Virginia. After her children were born, she decided to return to school to pursue an advanced nursing education at Virginia Commonwealth University to become a Women’s Health Nurse Practitioner. Upon graduation in 2011, Mrs. Terhune has been working as a Nurse Practitioner in Obstetrics and Gynecology. Mrs. Terhune enjoyed the clinical aspects of obstetrics so much that she enrolled in Shenandoah University to earn a post Master’s certificate in midwifery in 2012.  She loves working with women and their families during their journey of pregnancy, and labor and delivery. She also enjoys caring for women in the office for annual exams and helping with other issues they may face.

Mrs. Terhune is a mother of five children, and a grandmother to one boy. She enjoys reading, knitting, crocheting, and spending time with her family.